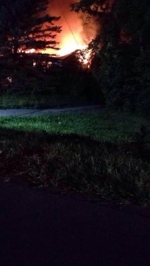 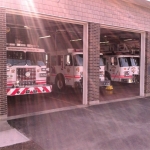 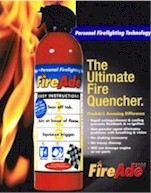 19 entries in the Fire Glossary beginning with "I"

The officer in charge of all activities at an incident. See Incident Command System.

The officer in charge of scene safety at an incident. See Incident Command System.

(aka Indian Tank) A brand of five-gallon water can, or back-pack bladder, featuring a short hose and hand pump for use in wildland firefighting.

Water vessel carried on one's back, either a rigid can or collapsible bag, with a hose and telescoping squirt pump. Contains 5 US gal, and is used on hot spots and during mop up. Also called bladder bag (if collapsible), piss pump, or Fedco.

A method of suppression in which the control line is located some considerable distance away from the fire's active edge. Generally done in the case of a fast-spreading or high-intensity fire and to utilize natural or constructed firebreaks fuel breaks and favorable breaks in the topography. The intervening fuel is usually backfired; but occasionally the main fire is allowed to burn to the line, depending on conditions.

Method of firefighting in which water is pumped onto materials above or near the fire so that the splash rains onto the fire, often used where a structure is unsafe to enter.

First point of attack on a fire where hose lines or fuel separation are used to prevent further extension of the fire.

The actions taken by the first resources to arrive at a wildfire to protect lives and property, and prevent further extension of the fire.

Where urban firefighting meets wildland firefighting. Structures at the edges of wildlands are threatened and require skills and equipment of both disciplines.

The flathead axe mated with the halogon bar

Irons, or Set of irons

Pairing of a flat-head axe and a Halligan tool. A common combination used in forcible entry operations to gain access for search and rescue as well as interior fire attack.

19 entries in the Fire Glossary beginning with "I"